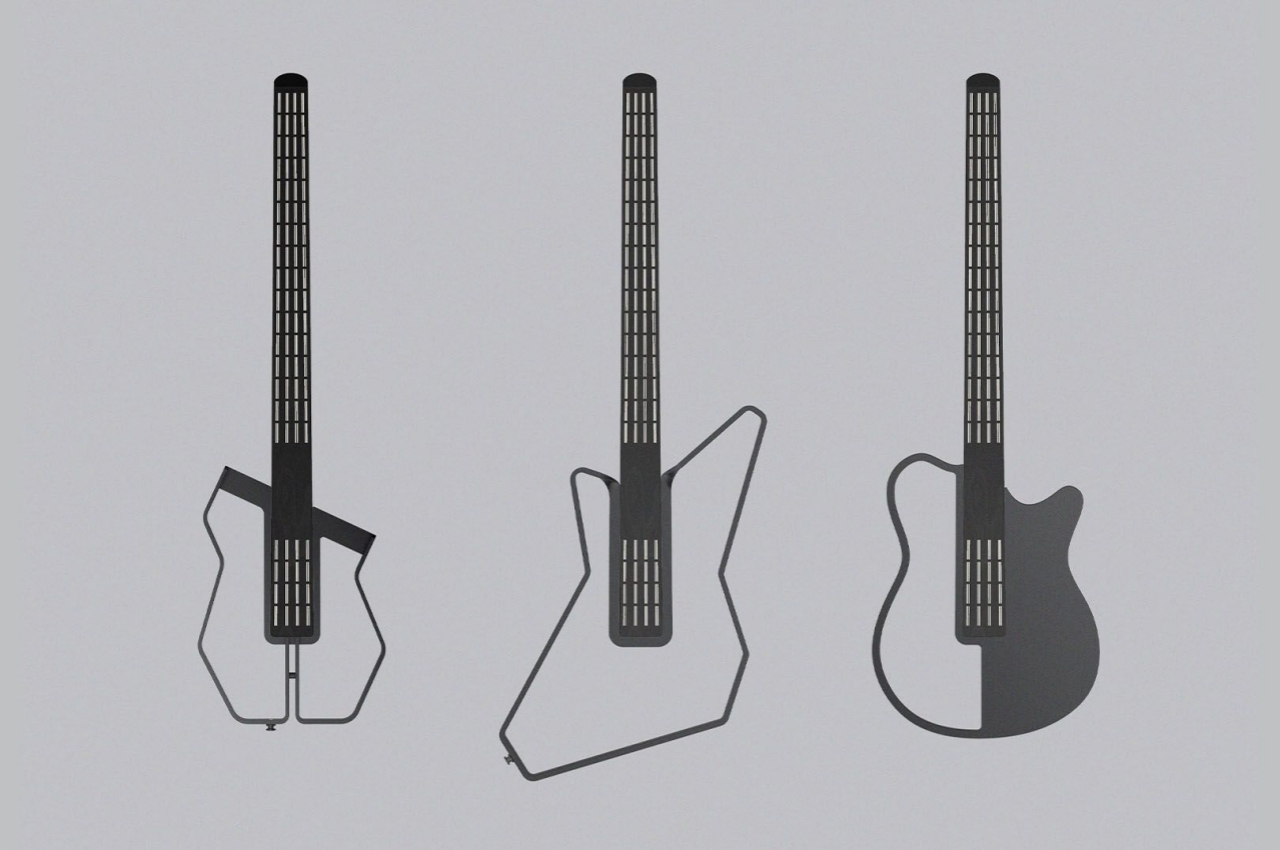 You’ll still need musical knowledge and skills, of course, but there are other things you could do, you’ve got superpowers with this cool electric guitar.

Not everyone can play more than two or more instruments, but many musically skilled people can control electronic instruments without really knowing how to use the real thing. There are going to be some differences, of course, but there is a serious, professional musical realm that involves these electric and electronic soundscapes. Most of them work with MIDI controllers, devices with geeky boards full of knobs and sliders, or at best an unassuming keyboard. The Ni28, on the other hand, is more like a very sleek and cool electric guitar, and using it will probably make you sound like a music god capable of churning out all kinds of music and sounds with something resembling the skeleton of a guitar. 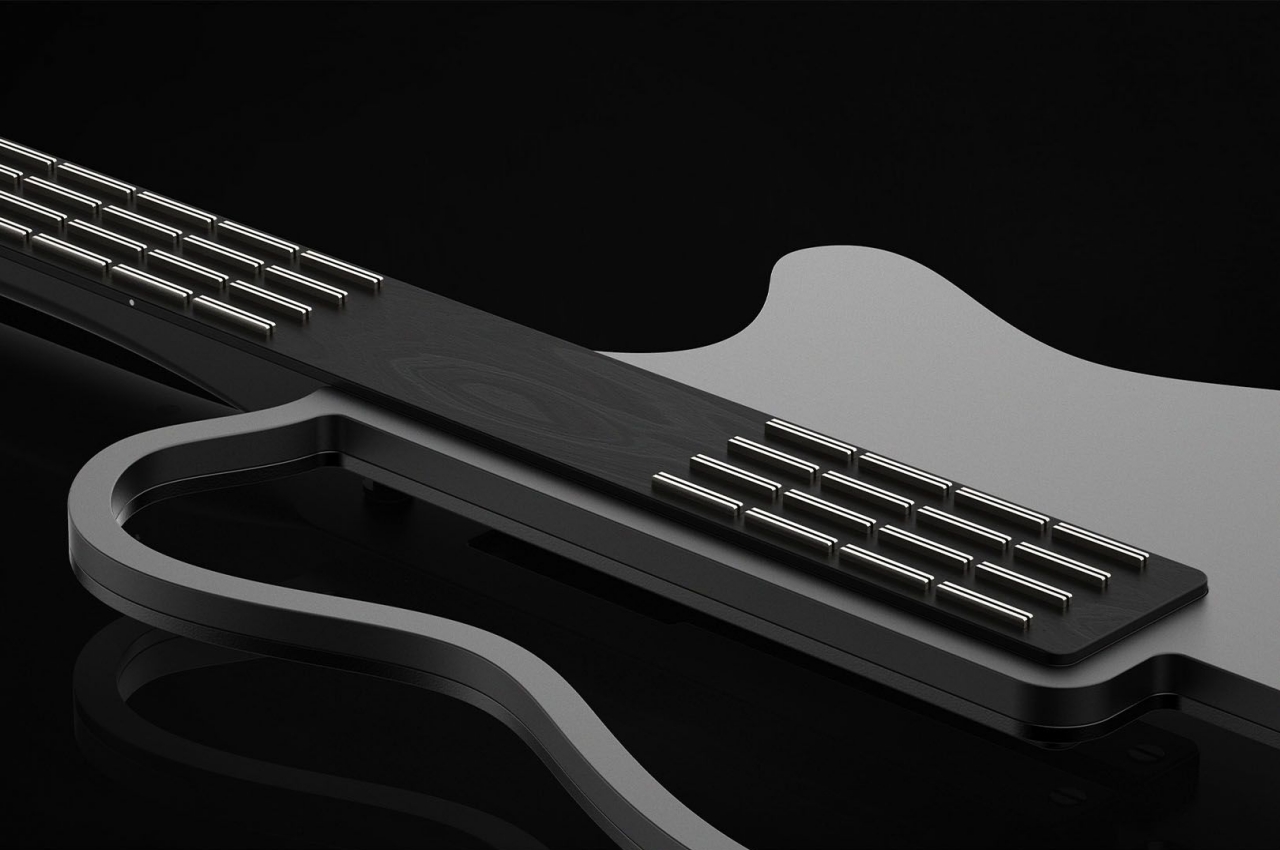 MIDI controllers often need two types of commands. One is for toggling certain parameters or triggering certain actions, while another set of controls correspond to pitches like notes on a scale. This is why most MIDI controllers take the form of keyboards with additional knobs, sliders, and switches, as these more easily translate to the type of elements the controller needs to communicate with. However, it doesn’t always have to be a keyboard, and sometimes rocking out with a guitar can sometimes have more impact, especially when playing on stage. 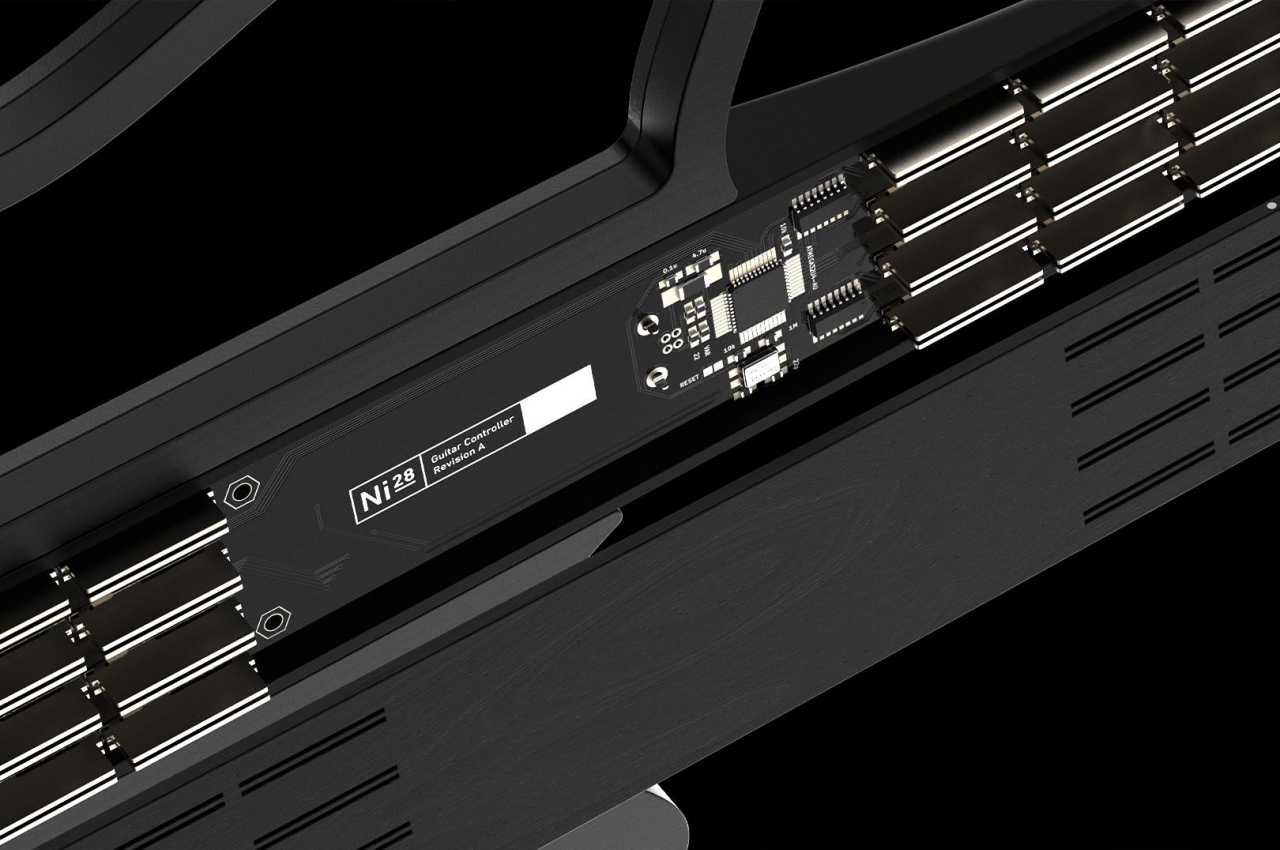 The Ni28 electronic guitar does just that and could make the player look and feel like a rock star god. Instead of strings and frets, however, the entire neck of the guitar has a matrix of nickel-plated brass plates (hence the name) that can activate knots when touched. Unlike a typical stringed instrument like a guitar, you don’t need to exert a lot of pressure to cause activation. You can bridge two adjacent plates, or you can lightly press a plate on the neck and then touch the “string” on the waist of the guitar to have the same effect. 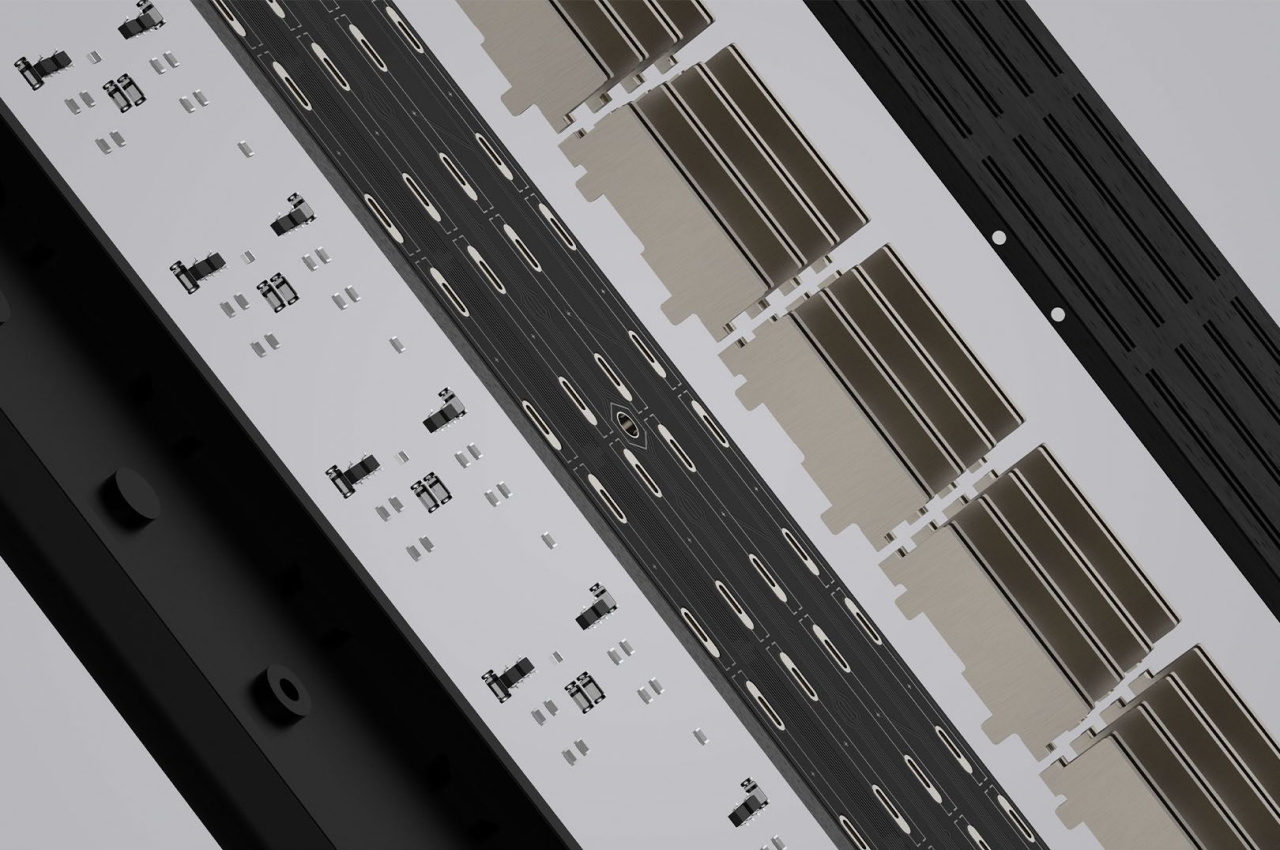 This design has many advantages. For one thing, you don’t need muscle memory to play music like on a regular guitar, but you do need to remember which frets do what. You also don’t need to strain your fingers as a light tap is enough to activate a plate. This makes it easier to use even compared to a keyboard where you still have to exert some force to press a key. Your fingers and hands can just dance to the guitar, making it feel like you’re producing music with magical gestures. 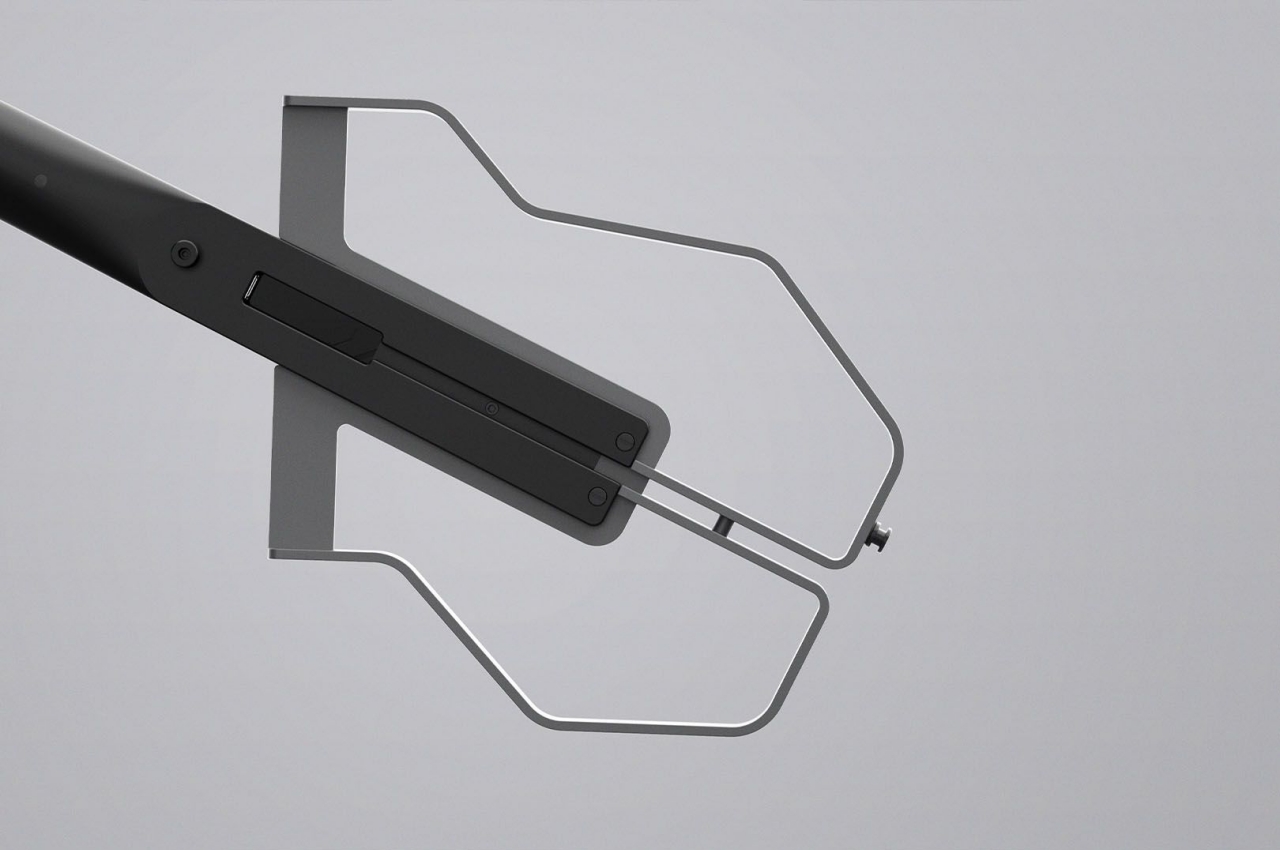 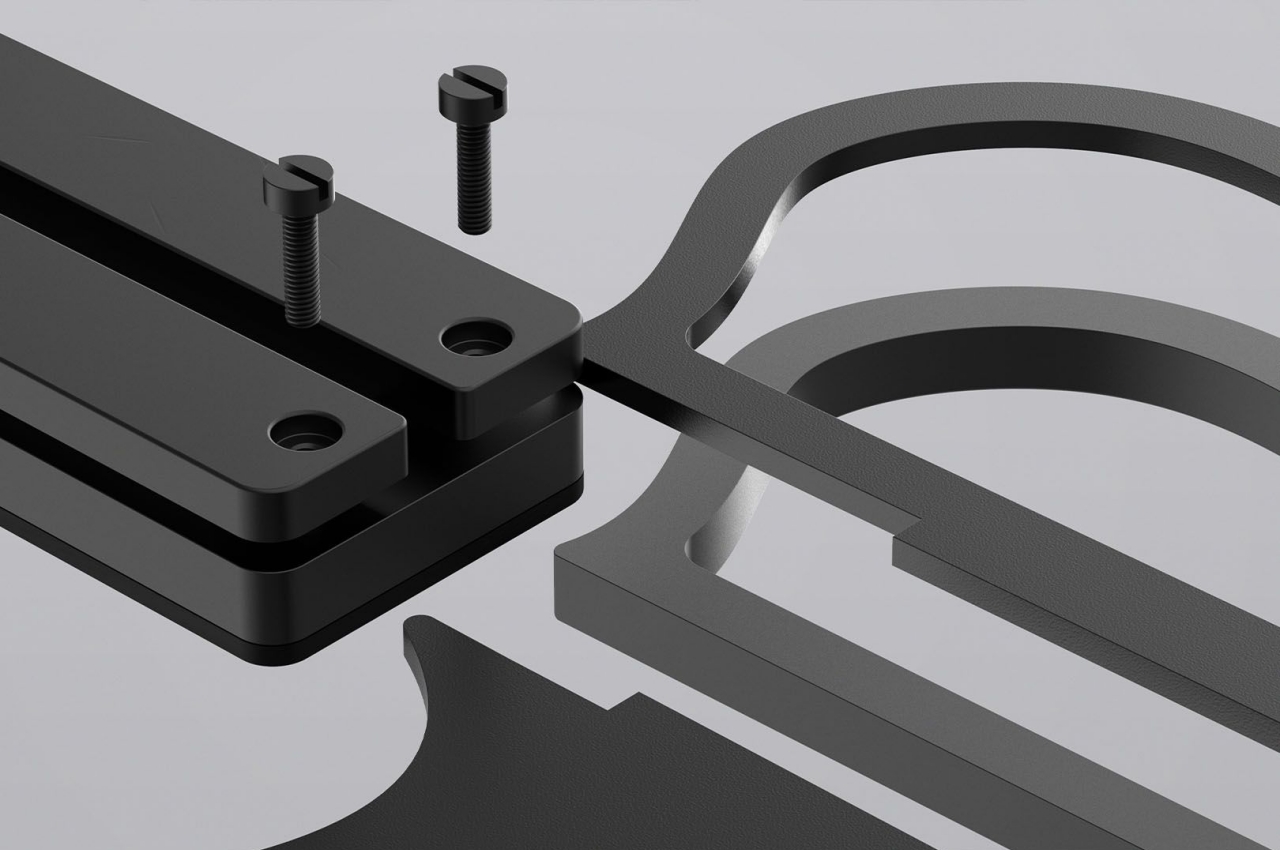 The physical design of such a guitar also has an advantage, as all the electronics are confined inside the neck of the guitar. The body itself can simply be a frame or a skeleton, or it can be changed to any other design at any time. This has absolutely no effect on output or performance as there are no acoustics in mind, so you can focus more on ergonomics and appearances which will be essential for an impressive stage performance. 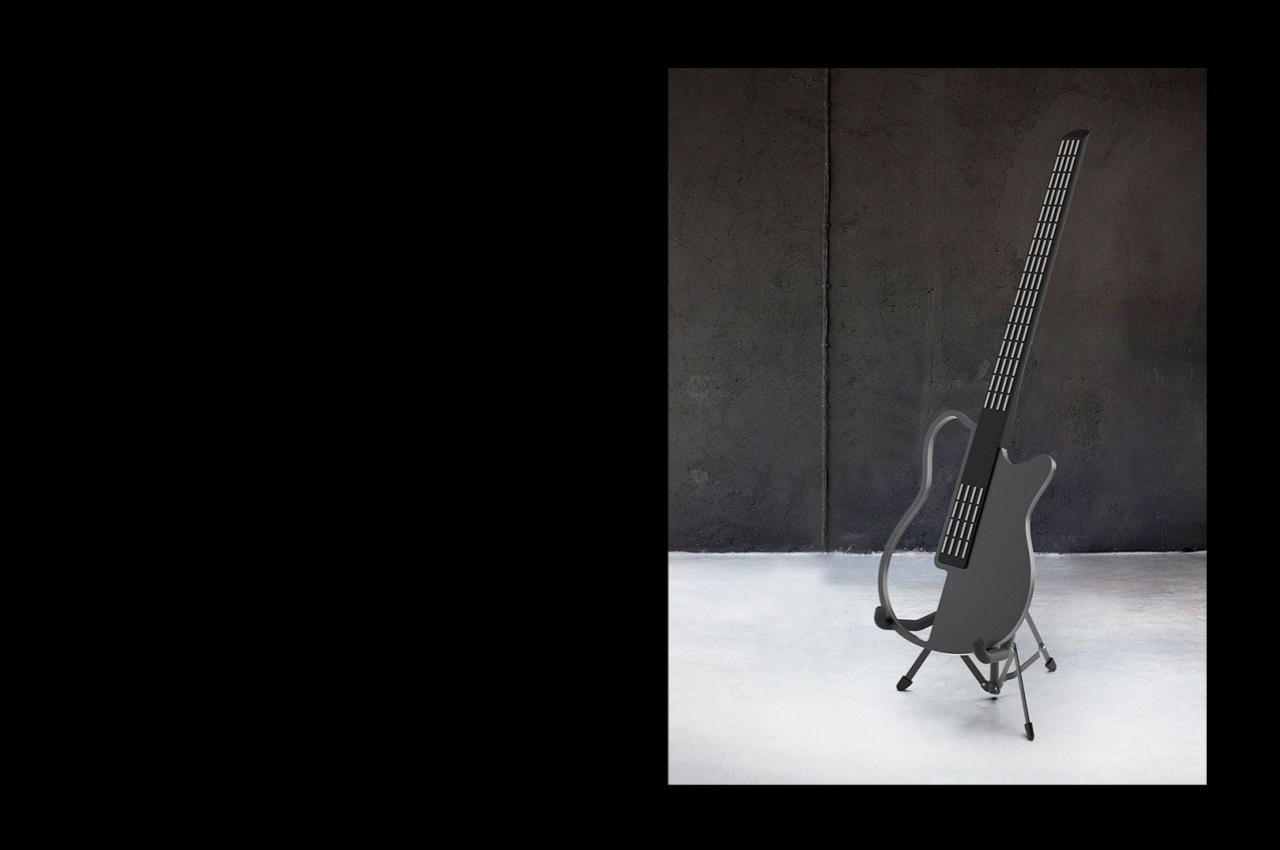 The largest of the three new Harmony amps, the Chinese-made 50-watt H650 dual 6L6 1×12 H650 packs an ideal wattage that many big-club performers across many playing styles prefer. But it’s not a loud amp, and it comes with a built-in attenuator that makes home and apartment use possible, plus a host of tricks and […]

YouTuber BurlsArt — the one of colored-pencil Strat, electric guitar, and paper epoxy resin fame — has built another jaw-dropping six-string creation…and even he credits it as his most popular idea. weird so far. For his latest build, Mr Art sourced 50 pounds of pink Himalayan salt and turned it into a fully playable electric […]

NAMM 2022: Reverend has unveiled a family of freshly finished electric guitars and basses, launched to celebrate the brand’s 25th anniversary. Founded in 1997, Reverend sought to celebrate this milestone in style by treating three of its models – the Six Gun HPP, Sensei Jr. and Decision P. basses – to a sleek Metallic Silver […]